A Brief History of Blackjack 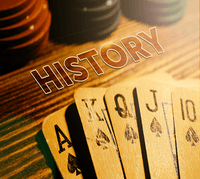 Blackjack happens to be a staple of both land-based and online casinos. Part of the appeal of the game which exists in a wide range of variants is due to the ease of learning it and the fact that it involves skill on the player's part as well. But what is the story behind this highly popular card game?

Blackjack - a Game with a Disputed History

One particularly noticeable aspect of blackjack is its disputed origins and the varying opinions offered by experts.However, it is generally agreed that the name under which it is currently known is rather recent since it only came into widespread use in the 20th century.

Right up to the early 1900s, blackjack was known as 21. This was due to the fact that it had been introduced to America by French immigrants by way of Canada, who referred to it as Vingt-et-Un in their language. As a result, the game was actually known under its French name throughout the 19th century. Before then it had been played in casinos in France throughout the 1700s and was even a favorite at the French court.

Blackjack's Many Names Throughout History 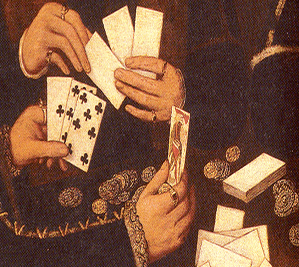 One particularly interesting fact about blackjack is that it actually existed under different forms in various countries before becoming the casino staple it is known as today. During the same period, it was being enjoyed by French casino patrons and courtiers in the 1700s under the name of Vingt-et-Un, it was also played in Spain where it was known as 31.

What's more, it is believed to have been influenced by games such as Chemin de Fer (Railway) and French Ferme. According to historians of the game, it was even mentioned as early as 1601 by the Spanish writer Miguel de Cervantes in his book Novelas Ejemplares (Exemplary Novels).

The Origin of the Name 'Blackjack'

The early twentieth century was a period which saw the opulent casinos of Las Vegas come into being. During this period, casino operators began to offer a very special payout - it was 10:1 - for players who came up with either of the blackjacks and an Ace of spades. As a result, the game which had been known as 21 came to be known as blackjack.

Soon after, experts began to issue publications on strategies to enable fans of the game to improve their playing styles and rethink their approach to blackjack. A number of them also taught the technique of card counting to give fans an edge over casinos. One of them in particular, Beat the Dealer published in 1963 would go on to take gambling circles by storm. Its author was none other than Edward Thorp, an expert in the game known in gambling circles as the 'Einstein of Blackjack'. The particular appeal of his book lay in the fact that it was also geared towards non-professional players i.e. anyone with an interest in gambling.

An interesting fact about this book is that it is credited with introducing the concept of card counting which experts refined during the following decades and gambling establishments soon found themselves having to adopt measures to guard against players who relied on these methods.

As the game continued to evolve, several successful players would also go on to share their knowledge with the world with Professional Blackjack, written by none other than Stanford Wong (referred to as the Guru of Blackjack) considered to be essential reading for any professional or amateur fan of the game.

When online gambling took off in the last decade of the twentieth century, casino operators knew that fans would want to have access to the very same staples which had provided them with a thrilling experience in land-based establishments. 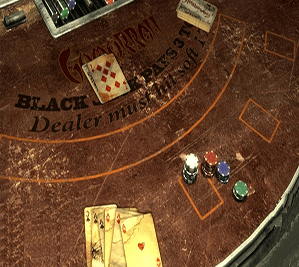 As a result, blackjack and its variants became an essential part of top tier casino games catalogs/a> and remain so today. And since it may be considered a cornerstone of casino gaming, there's no doubt that blackjack will continue to play a central role as gambling continues to evolve right along with technology in future.